Well, the 36th Annual Australia Day Tournament has come and gone. The tournament committee have declared it the best tournament ever (well at least this decade).

The tournament was run over four days – the first three days being extremely busy with tournament staff working from early each morning to late each night to ensure the tournament ran smoothly.

Full results can be obtained from the tournament website.

A selection of photos of competitors and spectators can be viewed on the RTC Facebook page.

Some notable efforts by local players include:

This year we ran a revamped Canteen which was very profitable. We also ran a profitable BBQ each morning and evening and a well patronised bar.

Lots of hard work went into preparing the clubrooms 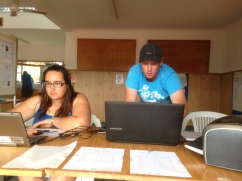 and courts prior to and during the tournament. The Rye Tennis Club acknowledges the efforts of the following:

Julian Arnold and partner Paige Sharrock  did a great job in the tournament box and worked extremely hard over the four days. 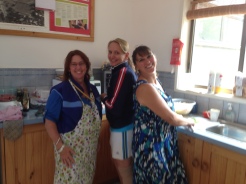 led by Kaye O’Daye consisting of: 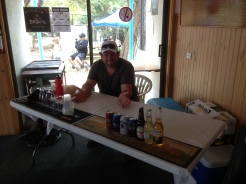 Finally we would like to thank our Tournament Committee: Luke Forward, Michael Morris, Heather and John Kingston and Simon Chiodo. Without their efforts over many months the tournament would not have happened.